A new painted ceiling on antique floorboards inserted between the beams of an 18th century period room.

This ceiling was painted on antique floorboards before being inserted between the original beams. Its design is based on the ornamental leaves as featured in a 400-year-old drawing belonging to the Rijksmuseum collection. Ornaments such as these were originally based on the garlands of green ivy, or plants that use their curling tendrils to seek their way through a garden. Snails, not often deemed welcome guests in any garden, are here generously represented. Aware, but with a mind of their own, they consume in an ode to nature, symbolically transforming the direction of the curling tendrils into the reversed spiralling of their own shells. Thus reminding an ornament of it's vegetal origin.
Here and there last year's snail shells are visible. Bleached by the sun, they are reduced to a stark white, contrasting sharply against a background of grey Turkish Umber. 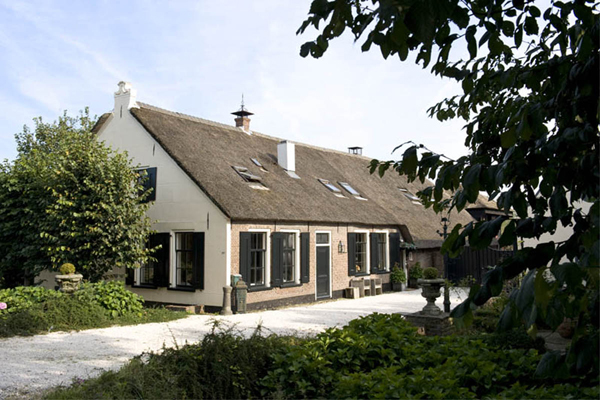 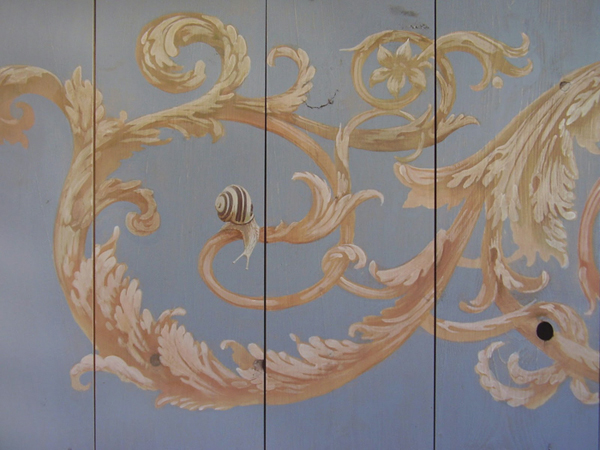 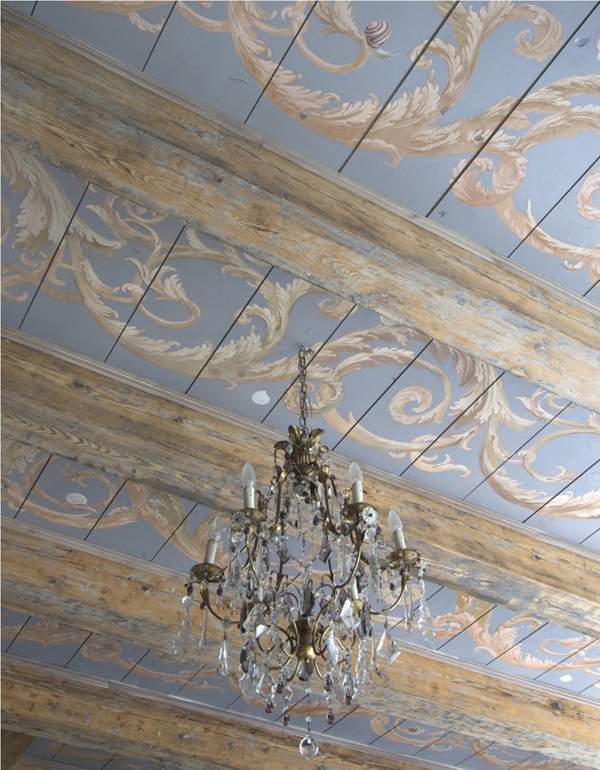 Ornaments such as these were originally based on the garlands of green ivy, or plants that use their curling tendrils to seek their way through a garden. 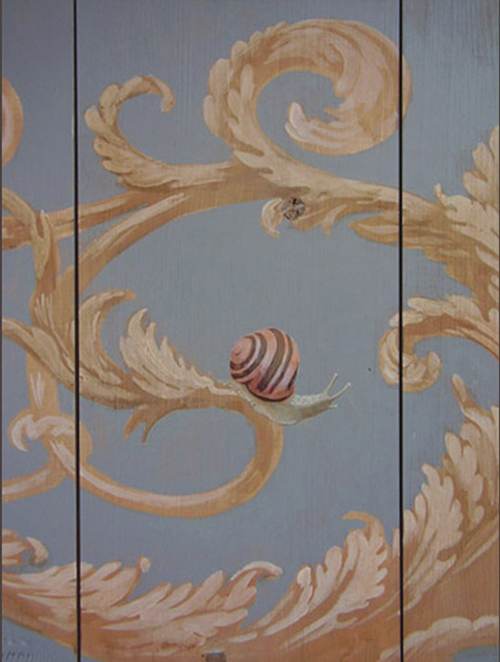 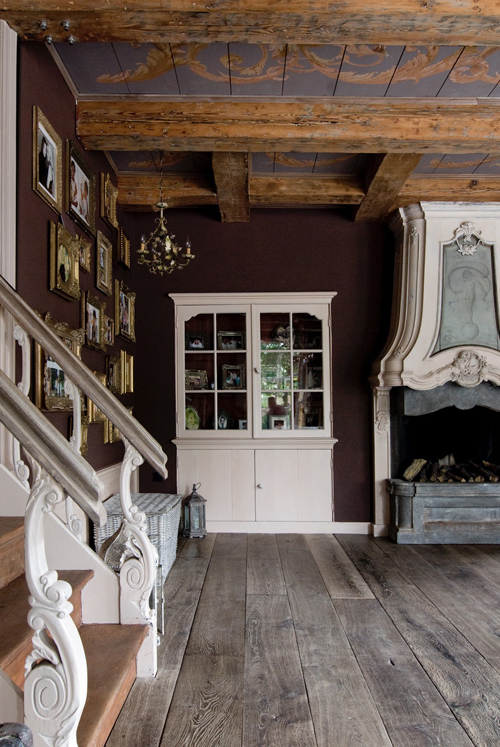 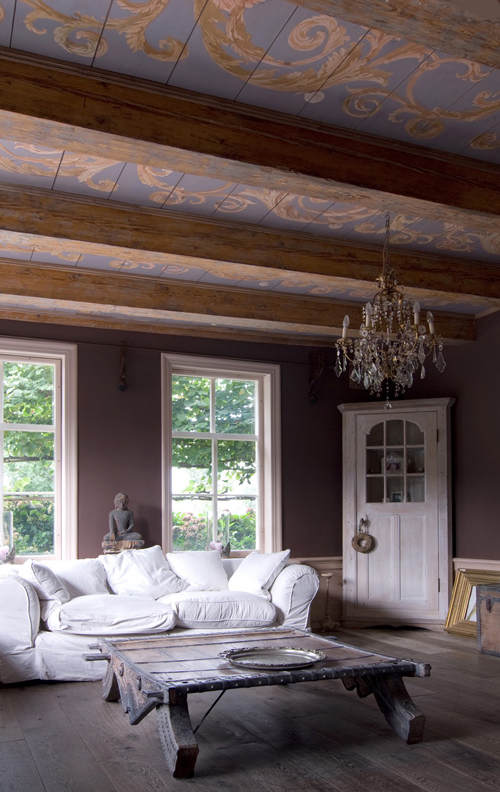 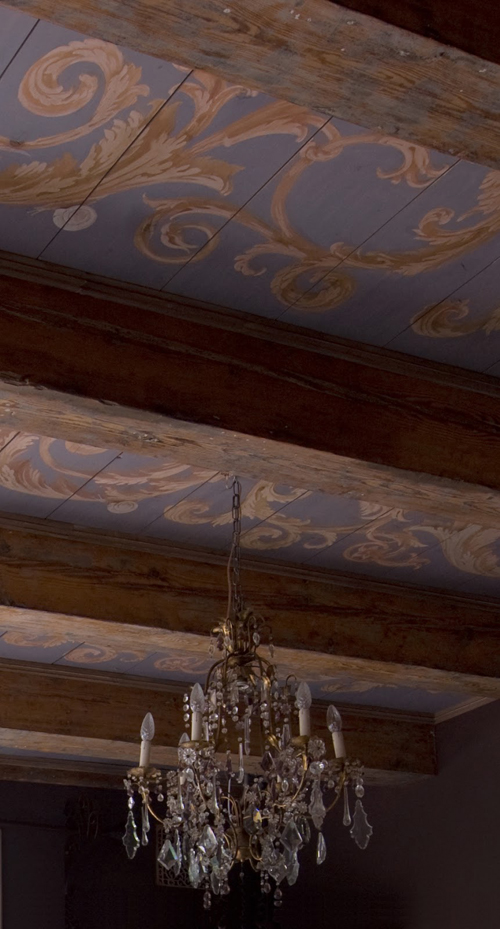 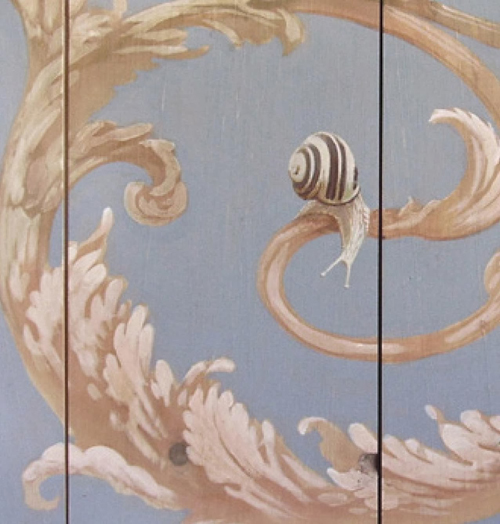 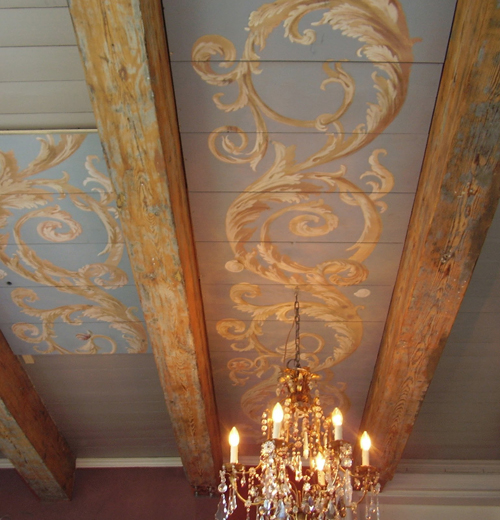 After being completed in the studio, the ceiling is reassembled by installing the boards one by one.

thus creating a new floor between the beams. 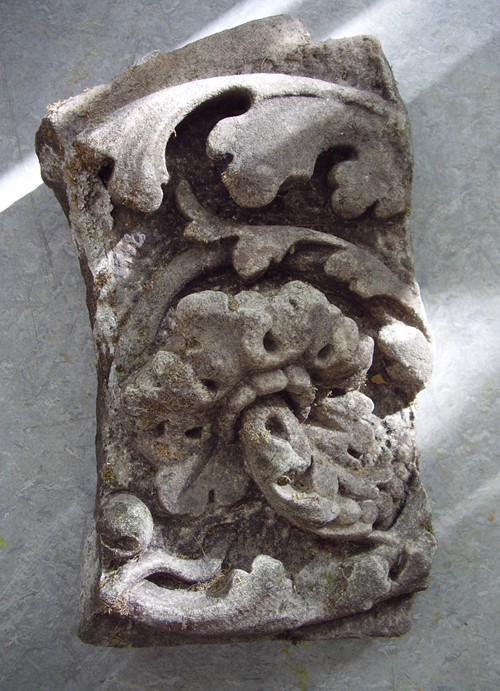 closely resemble the ornaments used in the Snail ceiling. I love it when things come together like this. 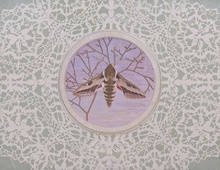 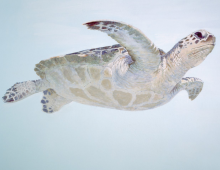 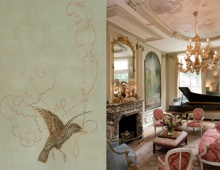